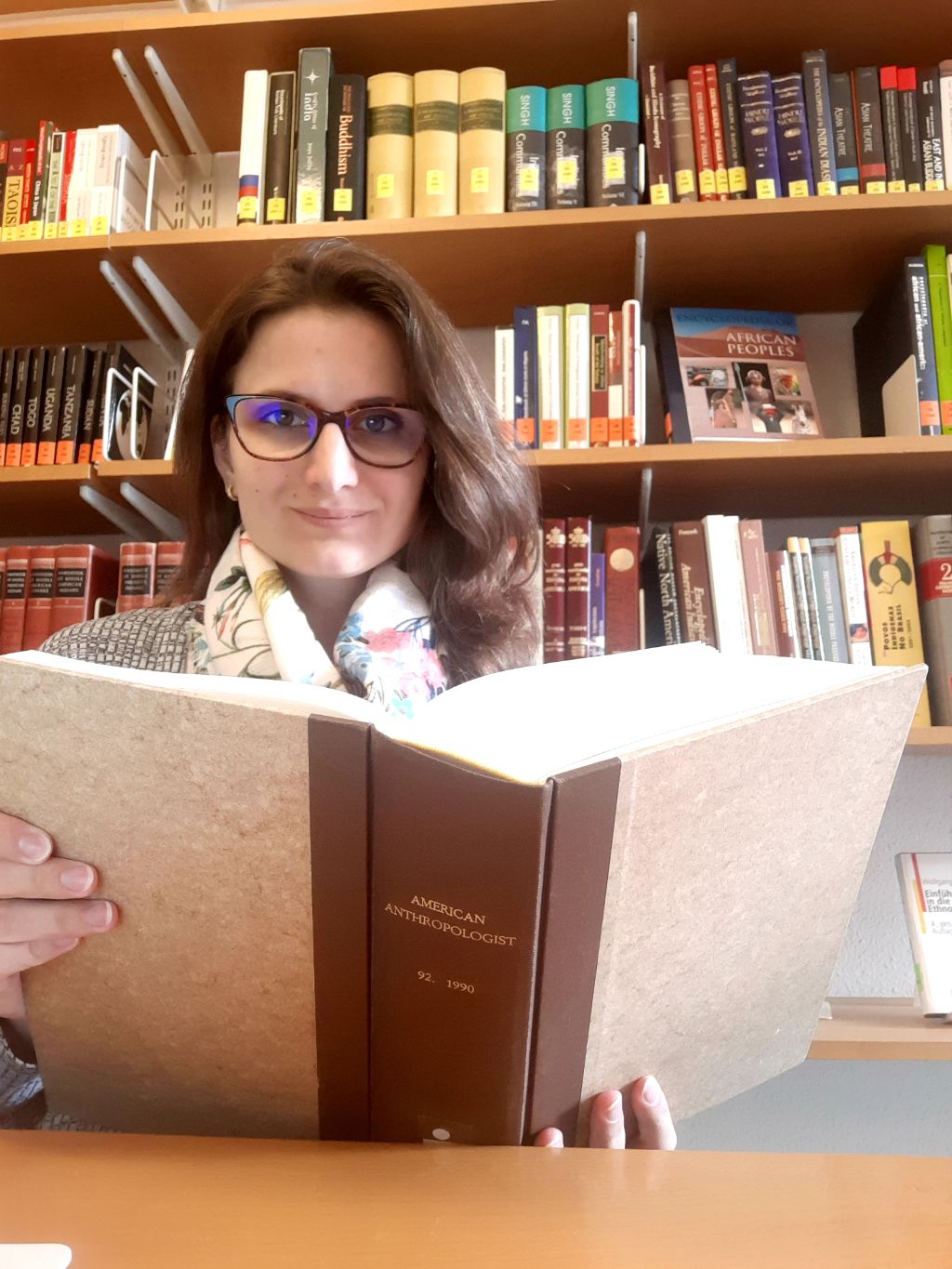 MKB: You are doing research regarding the role of women. Why?
Viktória Terendi: As a visual ethnographist and curator of a museum, in the focus of my scientific interest are the everyday life and the changes of lifestyle in the 19th and 20th century. These changes, which were based on different social processes, significantly affected women's lives. The purpose of my current research is to reveal the reflection of these changes in photographs. I look for and analyze the visual signs of the changes that have occurred from women's daily routine to their role in society. Photographs, however, are sensitive sources, which contain many fine details, are also selective and influenced by external, often subjective factors. As a result, they refer not only to the self-image of women, but also to the preconceptions that led former photographers and anthropologists. 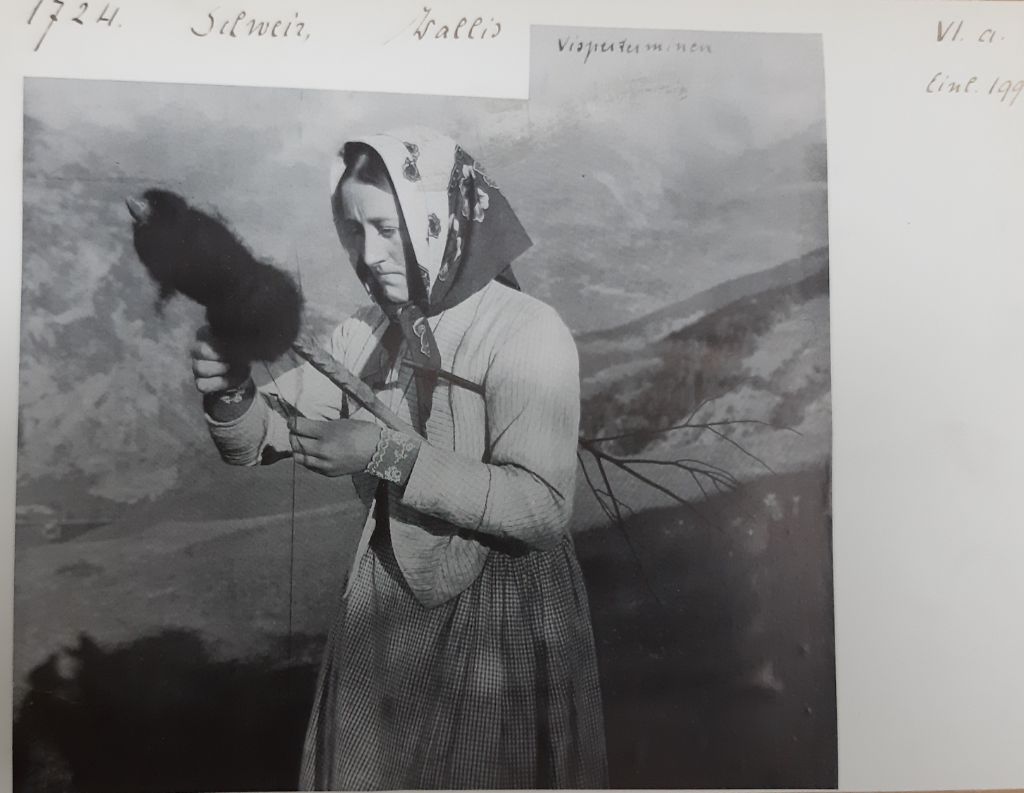 What exactly are you looking for in our museum?
I've chosen the Museum der Kulturen Basel, because here is one of the richest European photo collections featuring photographs of almost every country on the continent, which allows for a larger scale review, as well as comparative study. In addition, the museum's European (object)collection helps me to get to know and understand some details of the pictures. I also appreciate the international literature available. 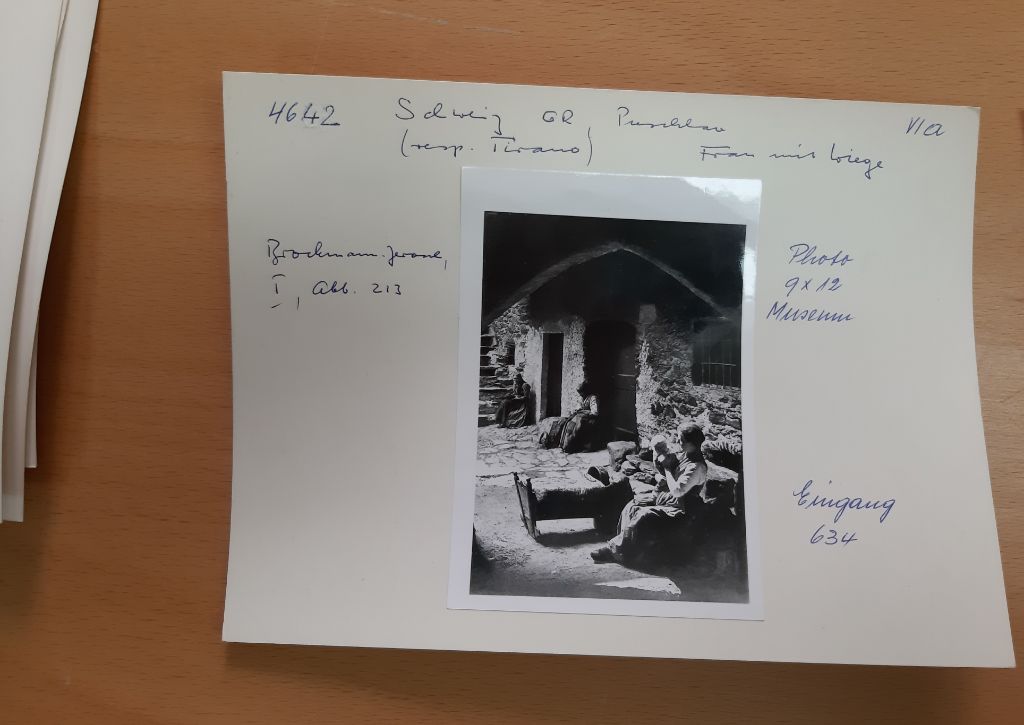 So far, what have you found in our museum?
I have found more than a thousand images (not just photos) that can be used to examine the characteristics of European women's life in the 19th and 20th century. These images show mothers, wives, women workers, healers – to mention just the most common ones. Through them I can get a closer view on pre-camera behaviour, typical female tasks, changes in life conditions as well as costumes and fashion, and social roles.